How to setup Multilingual Freddy Answers?

Your Freddy Answers can now respond to your customer queries in 6 new global languages other than English - French, German, Dutch, Spanish, Portuguese, and Italian.

How to setup Freddy Answers in different languages

First, add and enable your primary and secondary languages by going to Settings > Languages in your account. 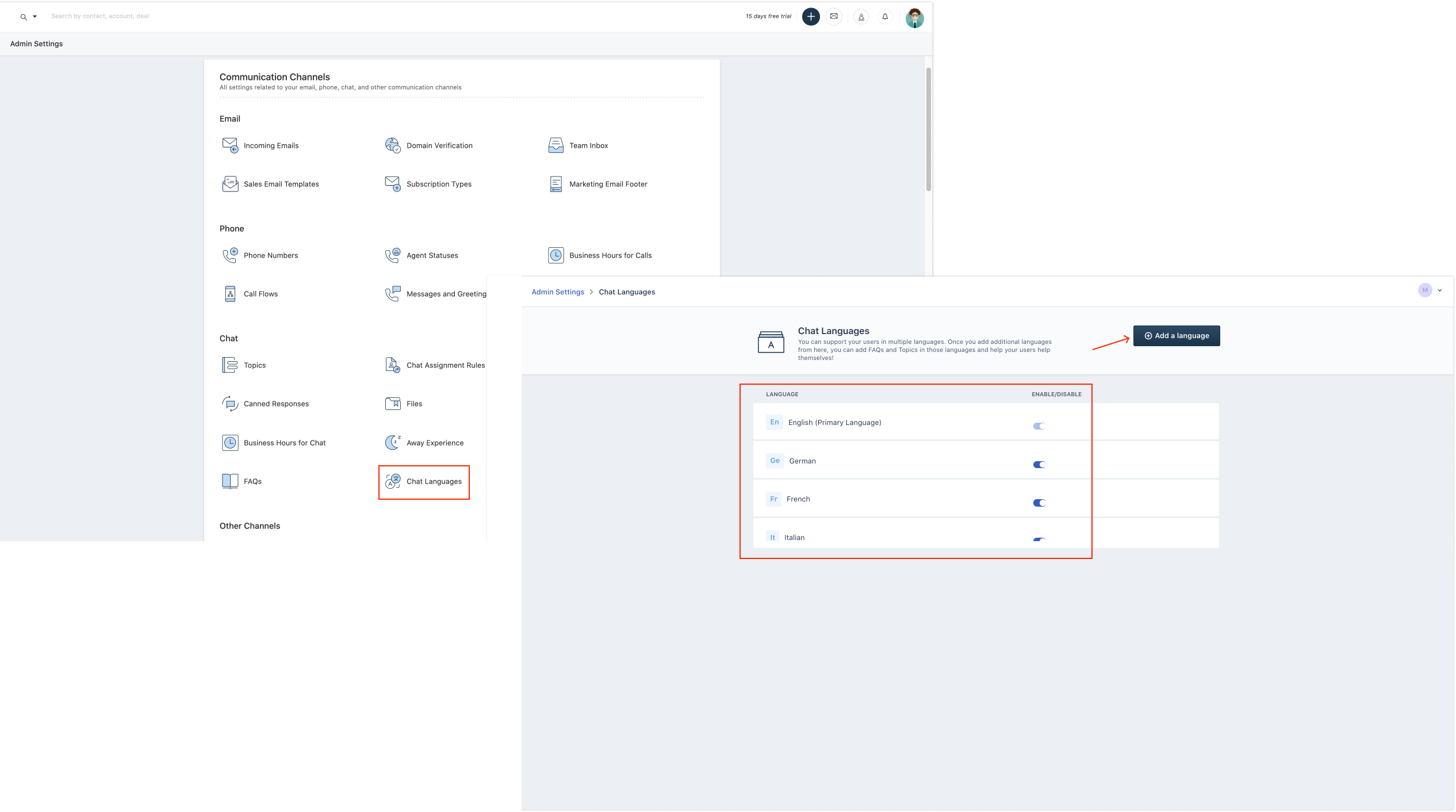 Your primary language can be the most common language understood and spoken by your customers, e.g., English. Your secondary languages can be the non-English speaking geo’s your business caters to, e.g., if your business serves the EU market, you can add one of the EU languages. Learn more about how to add languages here.

Set up Freddy Answers in other languages

Learn more about how to set up Freddy Answers here 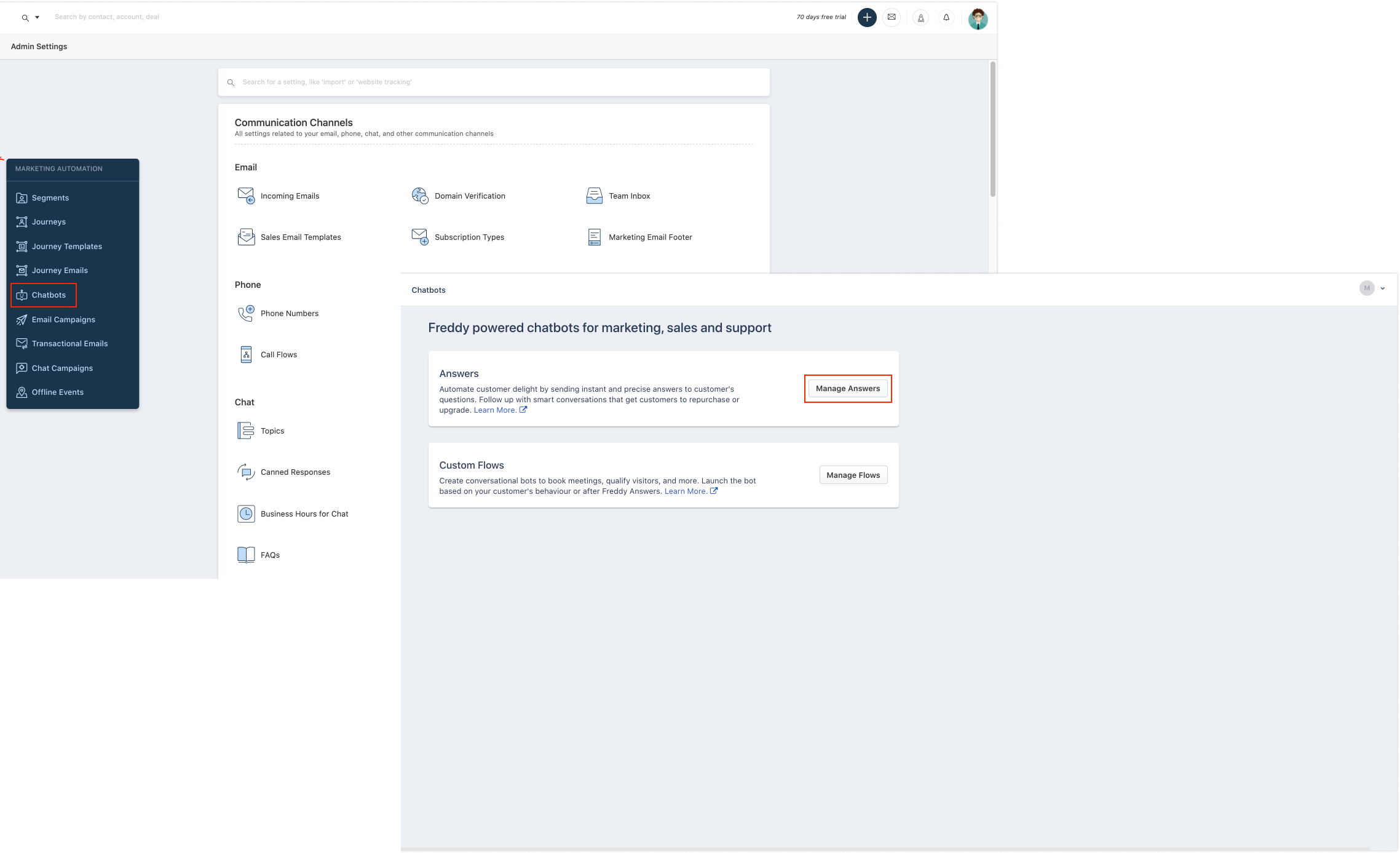 Select an existing answer you’d like to translate or create a New Answer. 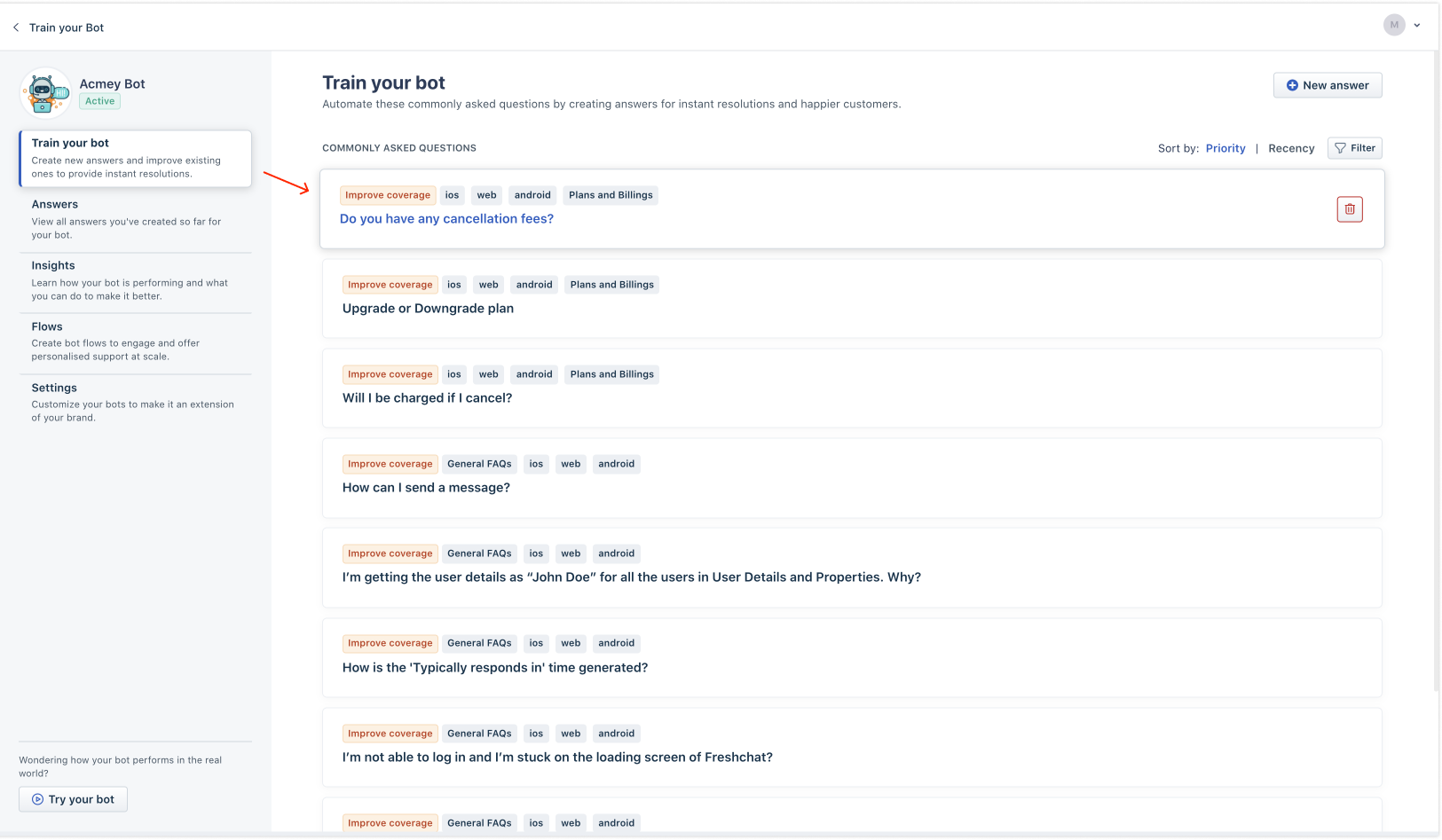 On the right side, you’ll be able to see the list of languages you’ve enabled and available for translation. 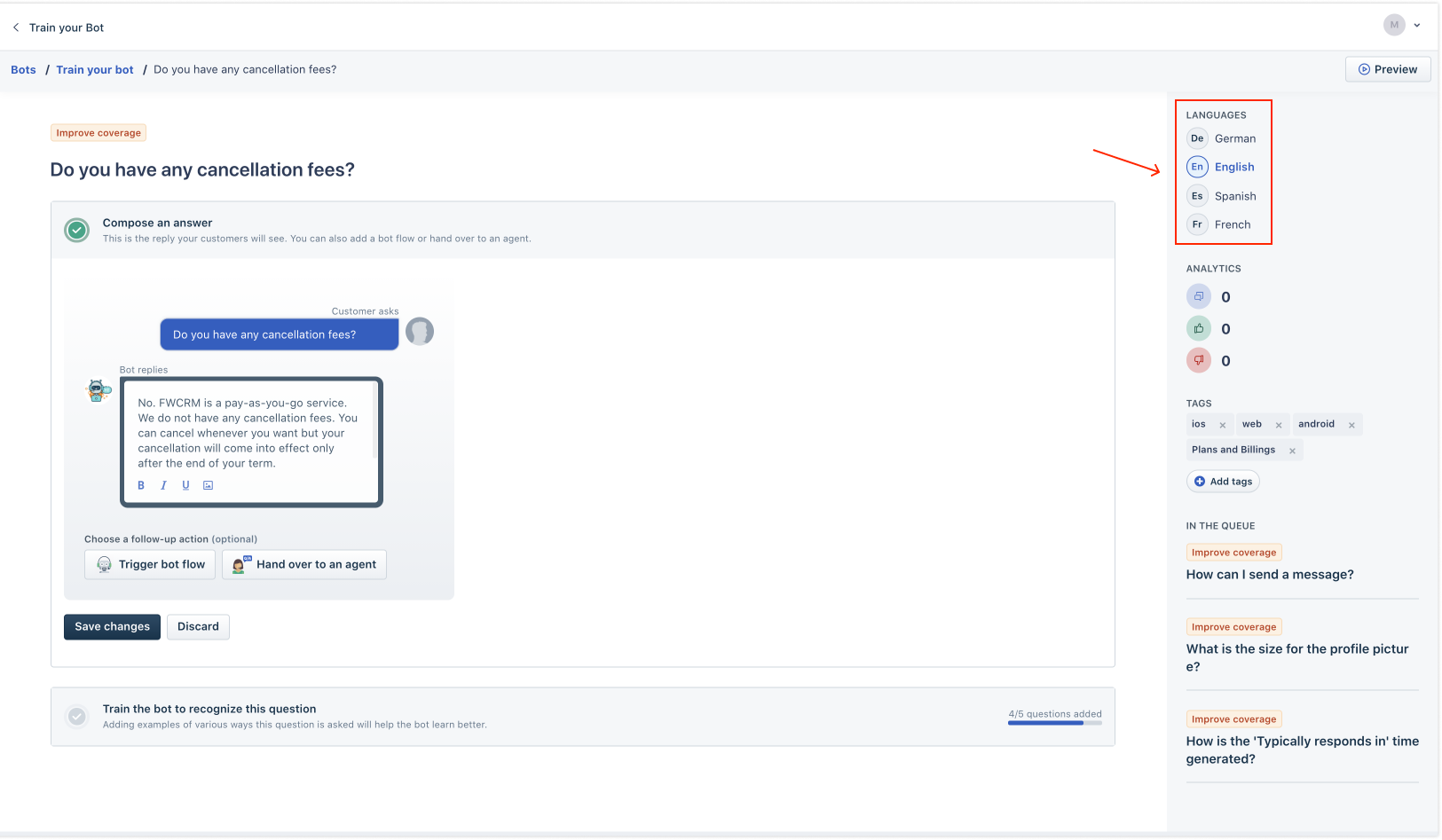 Pick the desired language. for example, German and add the translated Bot content in German. 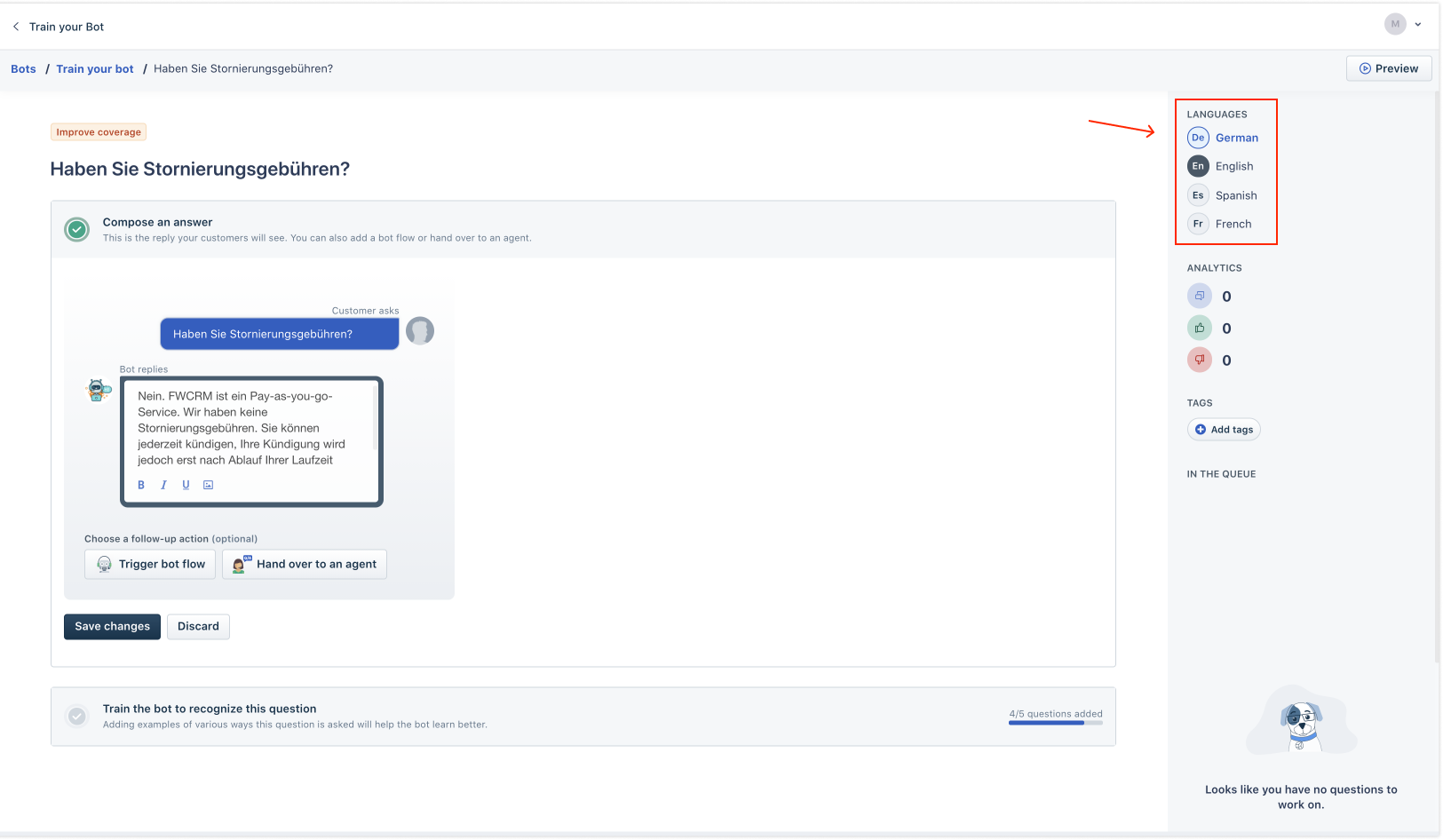 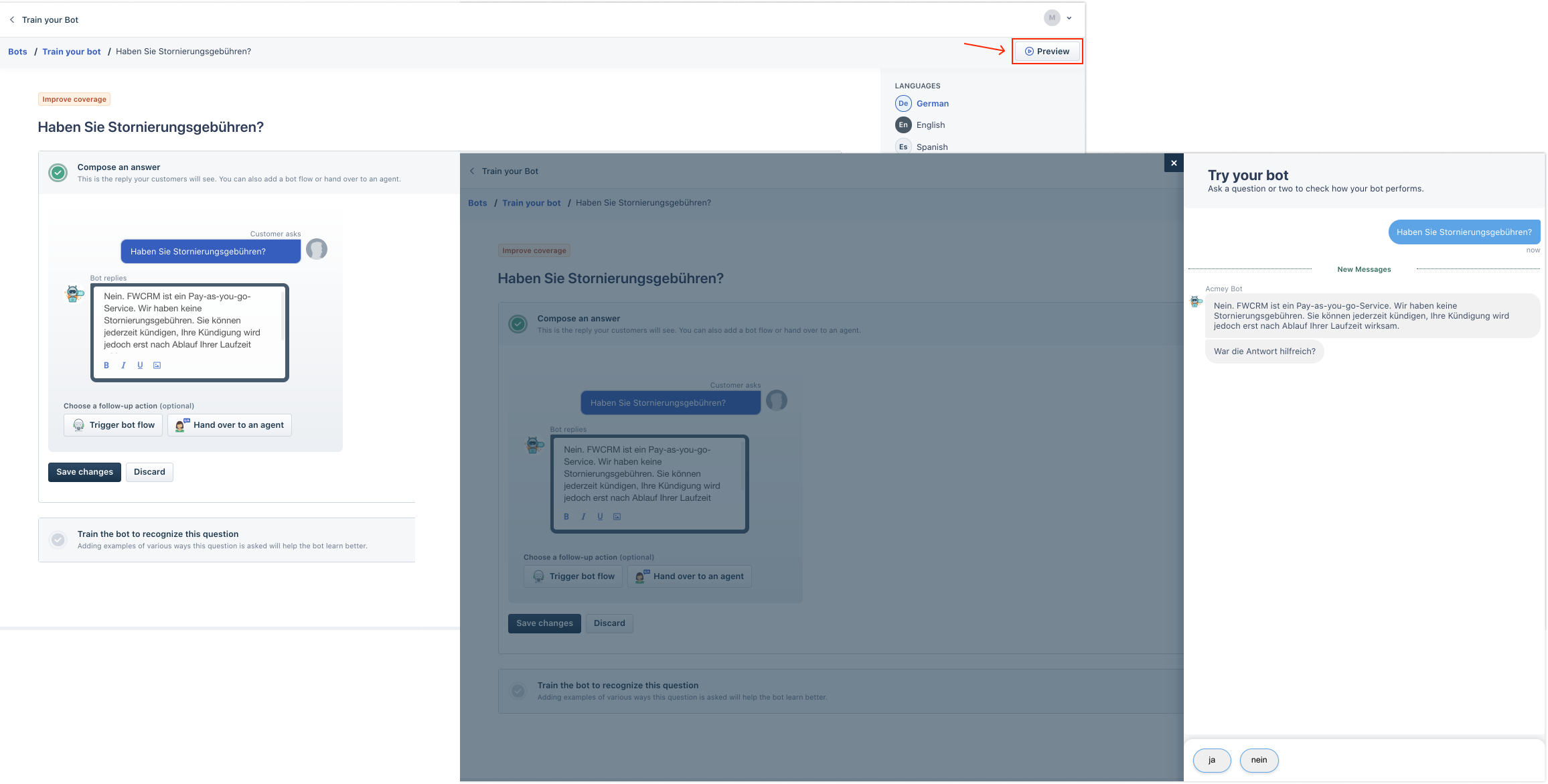 You can find the answers you’ve added in different languages by using the Filter option from the Train your Bot and Answers pages. 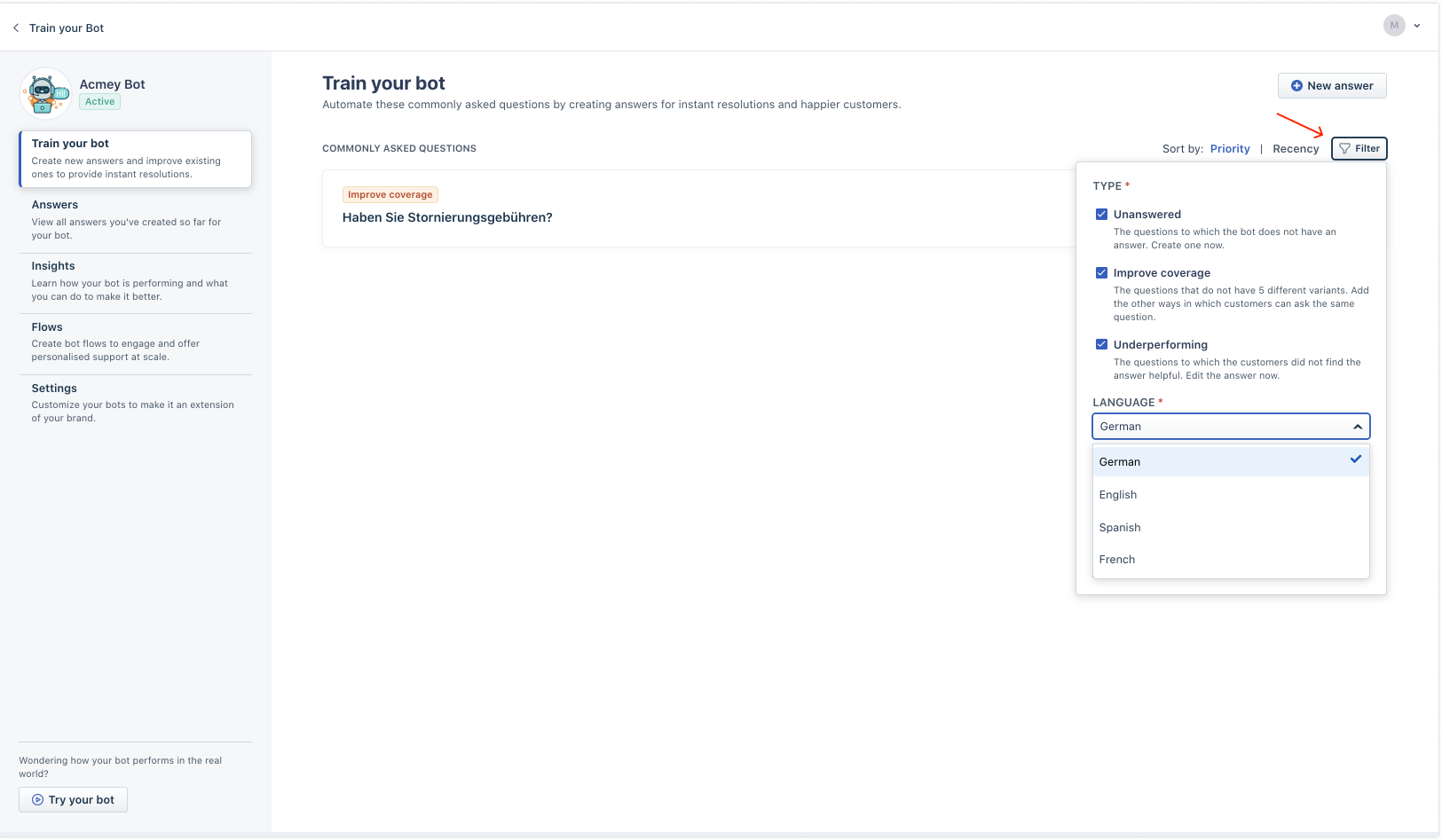 Some pointers to note

Q: What should be my primary language for multilingual Freddy Answers to work?

A: You can have any one of these 7 supported languages as your primary language for Multilingual Freddy Answers to work. They are English, French, German, Dutch, Spanish, Portuguese, and Italian.