Freddy detects duplicate contacts in your account to help you maintain clear and accurate data. The deduplication functionality, which is powered by Freddy, proactively detects and displays duplicate records using a smart match algorithm.

Duplicates are detected by analyzing and matching on above fields with the primary record. Duplicates pills on the Summary View help you quickly identify duplicates in the CRM.

Click on the pills to land on the Freddy AI Insights section. For example, in the following screenshot, records with matching email addresses, different versions of the same phone number, and possible nicknames are all detected as duplicates for the current or primary record. Matching records are ranked in descending order of relevance as duplicates. 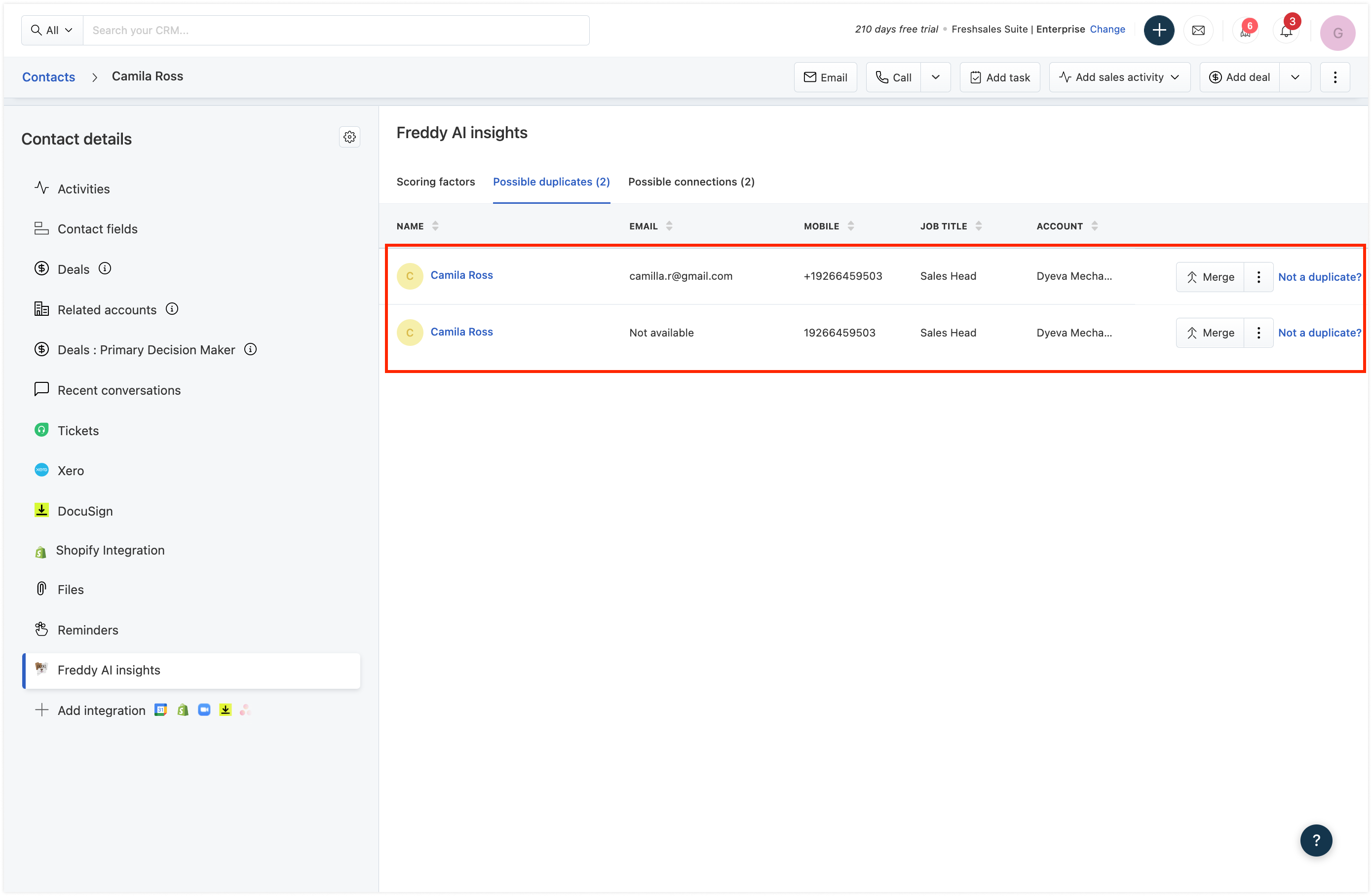 In practice, Freddy AI detects duplicates in the following scenarios:

Freddy has some exclusions as well:

1. Common and generic names in the email ids, such as info@domain.com, careers@domain.com will not be detected as duplicates.

In such cases, even if there are two contacts with say info@domainname.com, they would not appear in either the duplicates section or in the smart connections section.

If you would like to send us feedback on this feature, write to us at crm-support@freshworks.com