Deploying bots in multiple languages for customers across the world

You can configure your bots to work in the multiple languages your customers from around the globe are comfortable with. You can identify the language in which your bots need to provide localized support

Changing the bot’s language based on the Locale parameter

For the self-service widget: 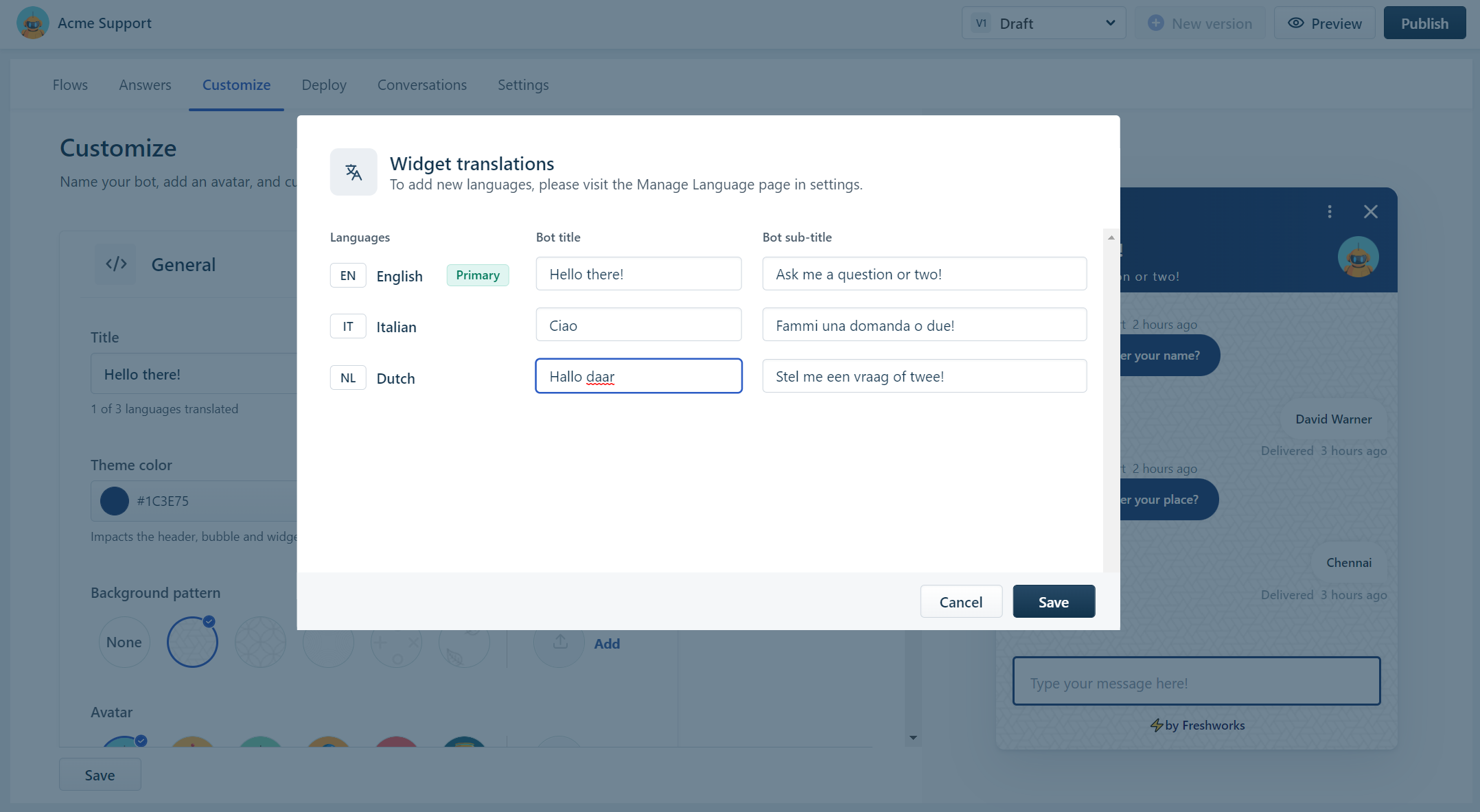 For the conversations widget:

Changing the bot’s language based on user preference 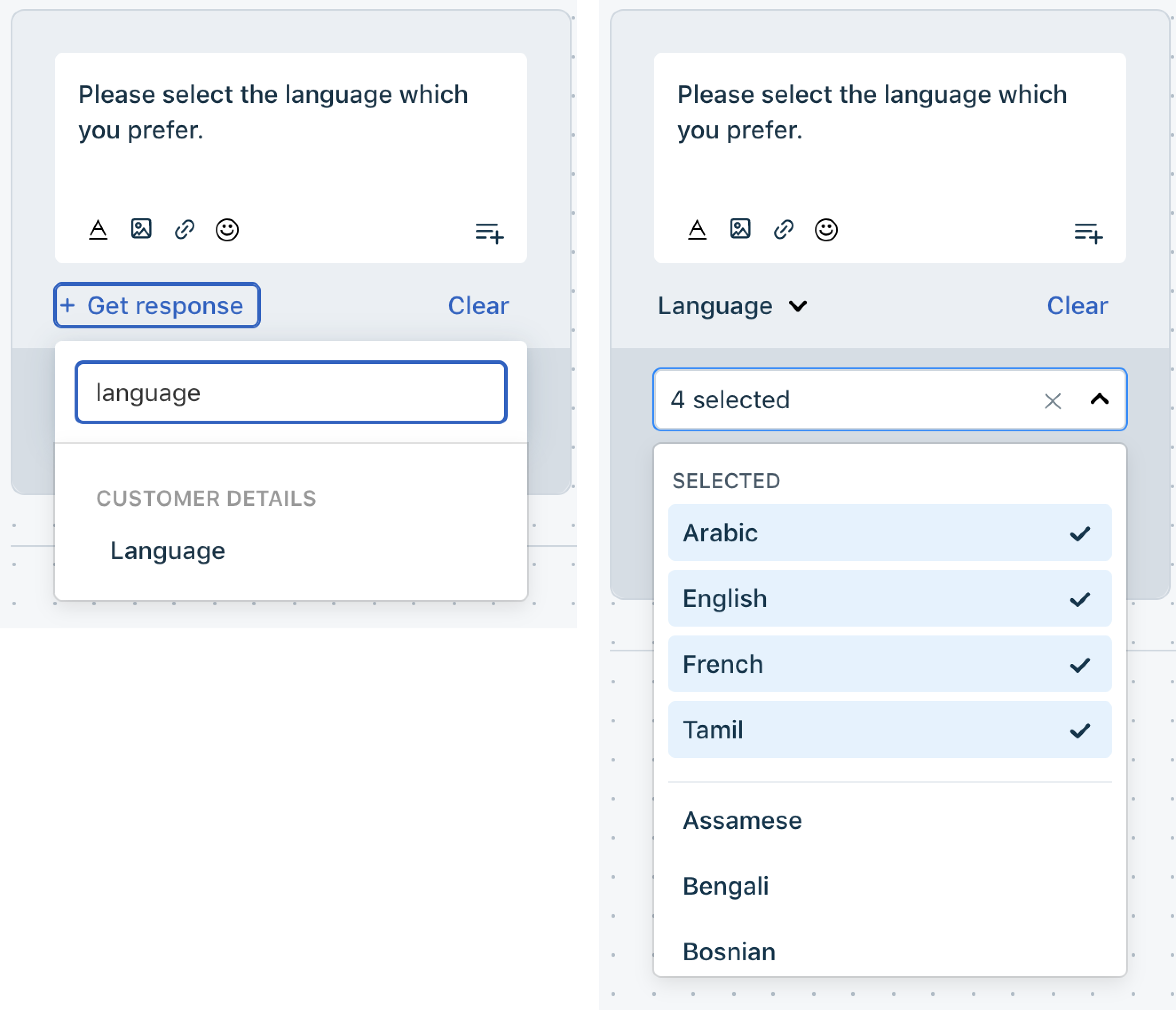