With Siri Shortcuts support on Freshchat iOS app, you can do some everyday tasks on Freshchat with just a tap or by asking Siri.

You can use Siri Shortcuts on the Freshchat iOS App to do the following:

Go to Settings > Siri Shortcuts and select the desired option.

Once activated you can use Siri to execute these commands. 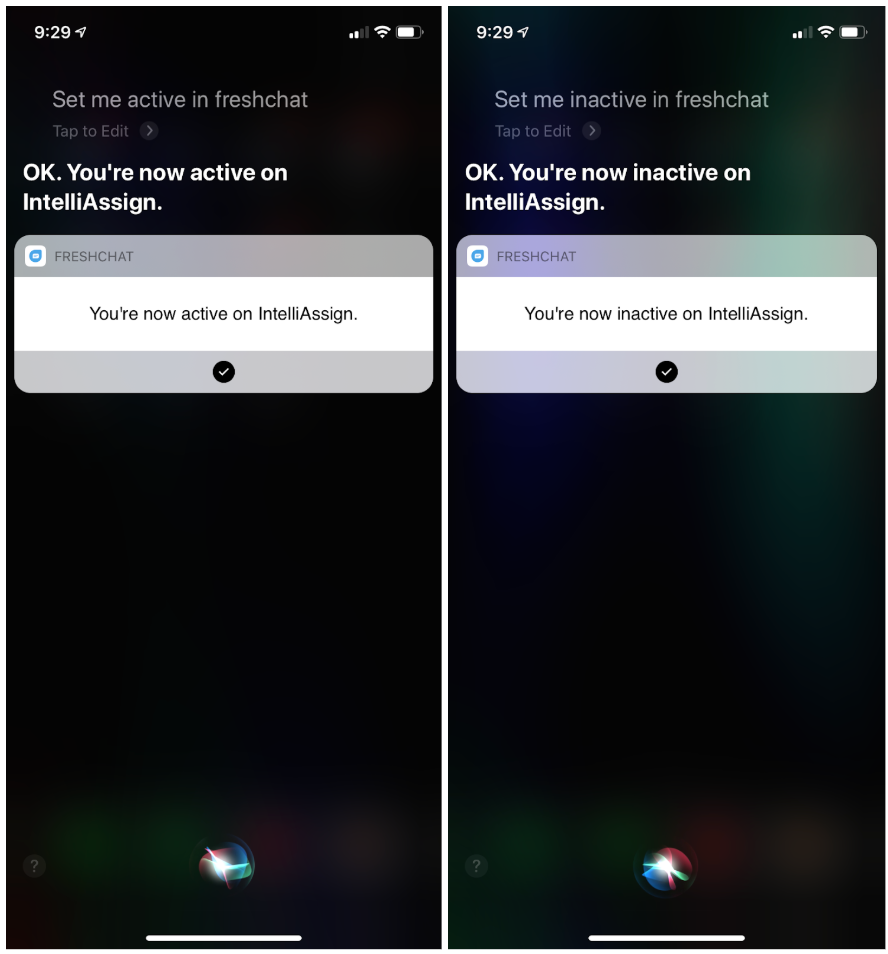 With the Siri Shortcuts feature on the Freshchat iOS app, the possibilities are endless.

For example, you can automate everyday tasks based on various conditions like time, location etc. Using Siri Shortcuts app you can automatically set yourself active on IntelliAssign when you walk into work and go inactive when you leave work. 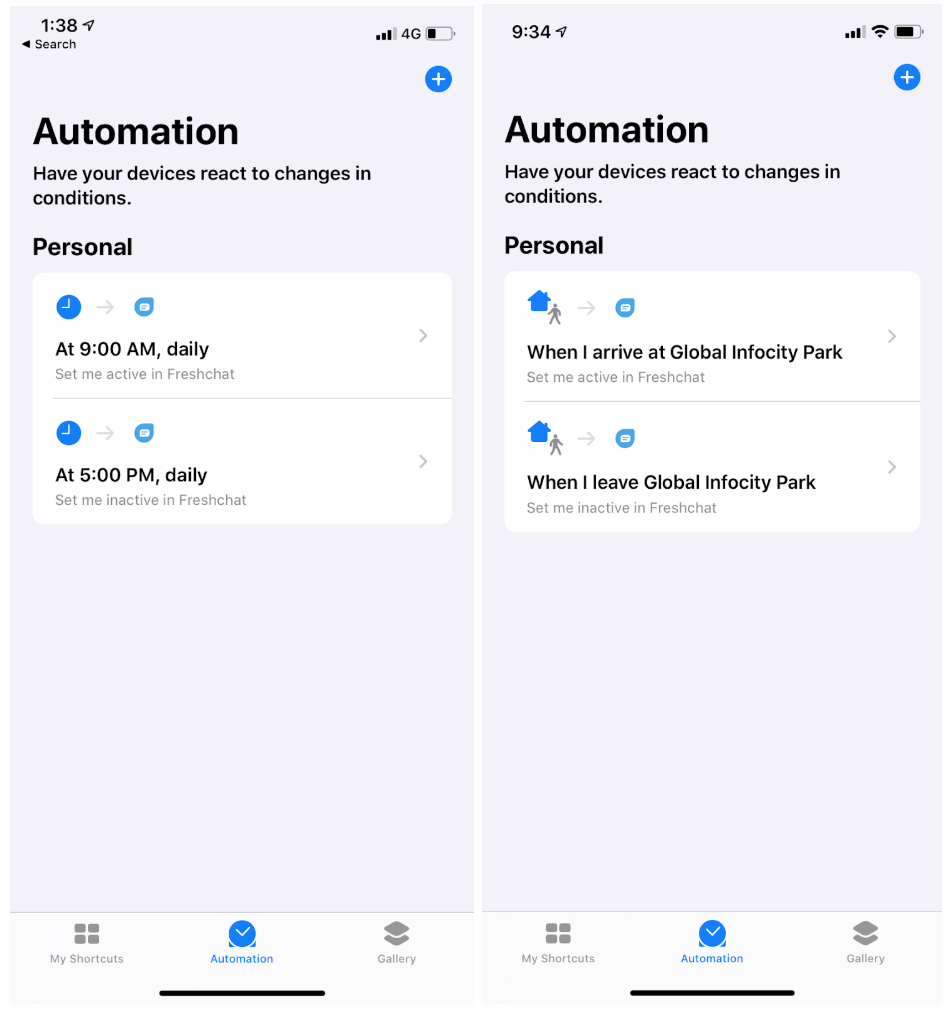 iOS will send you a push notification asking permission to execute the action based on your settings. 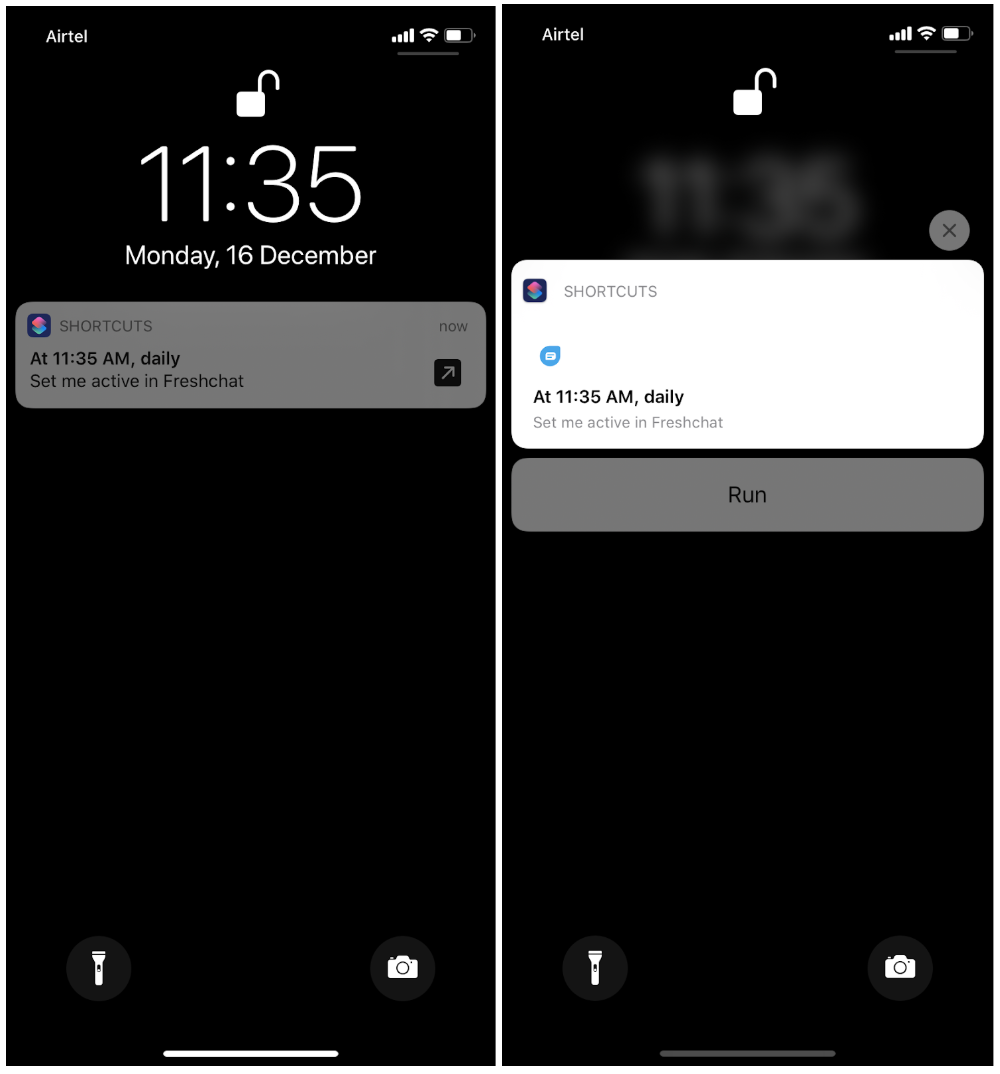