How to enable support for multiple currency?

The Multi-currency support feature enables you to create and handle deals in different currencies. This is particularly helpful if your business operates across various geographies. 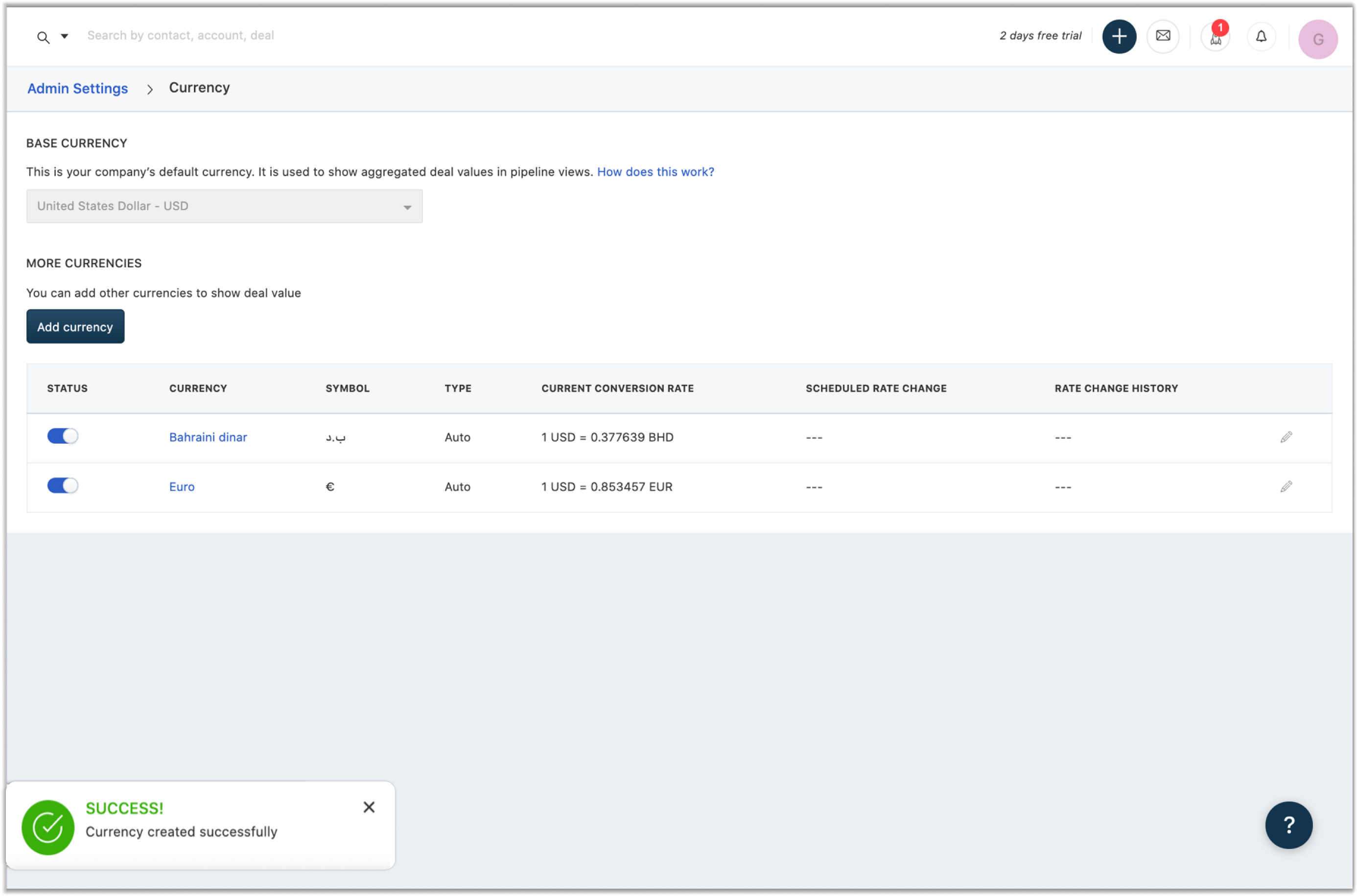 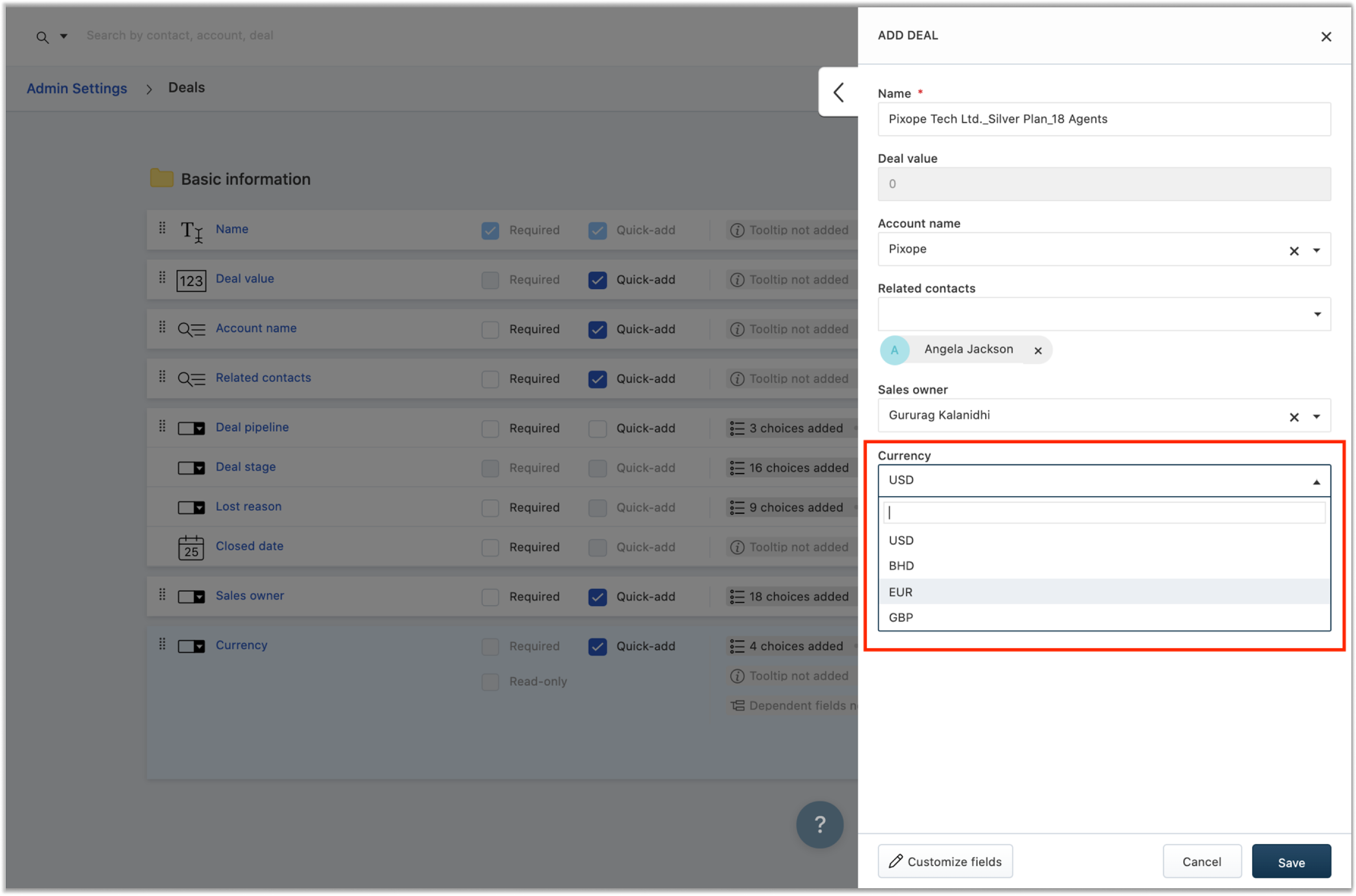 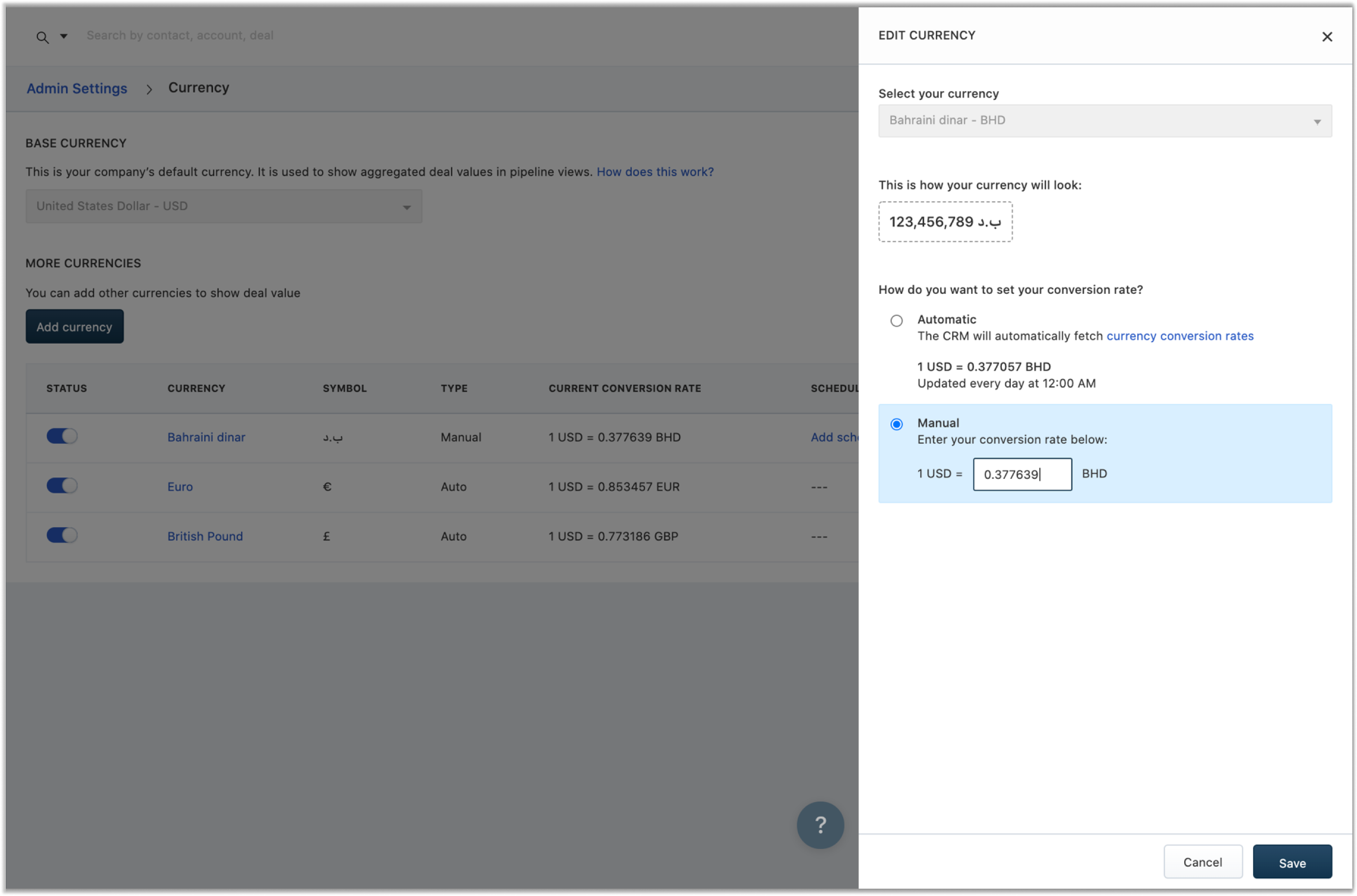 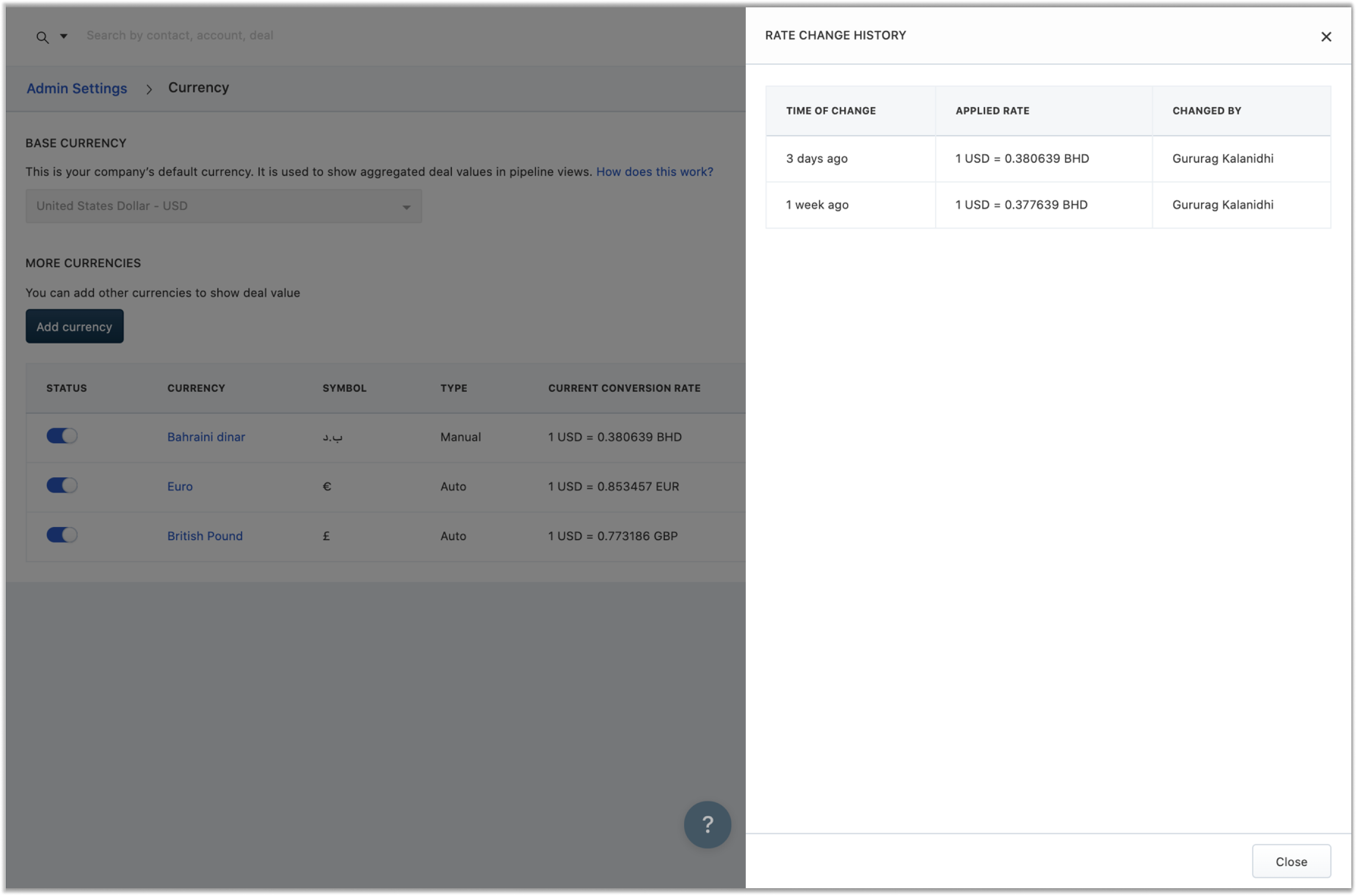