What are Freddy deal insights and how to use them?

The Freddy’s deal insights feature is powered by Freddy, Freshworks’ AI-powered sales assistant. Freddy uses Machine Learning (ML) algorithms to learn from data stored in your account and continuously builds understanding to deliver deal insights. Freddy tracks the activity on all deals in your account, predicts its outcomes, and assigns tags to them. 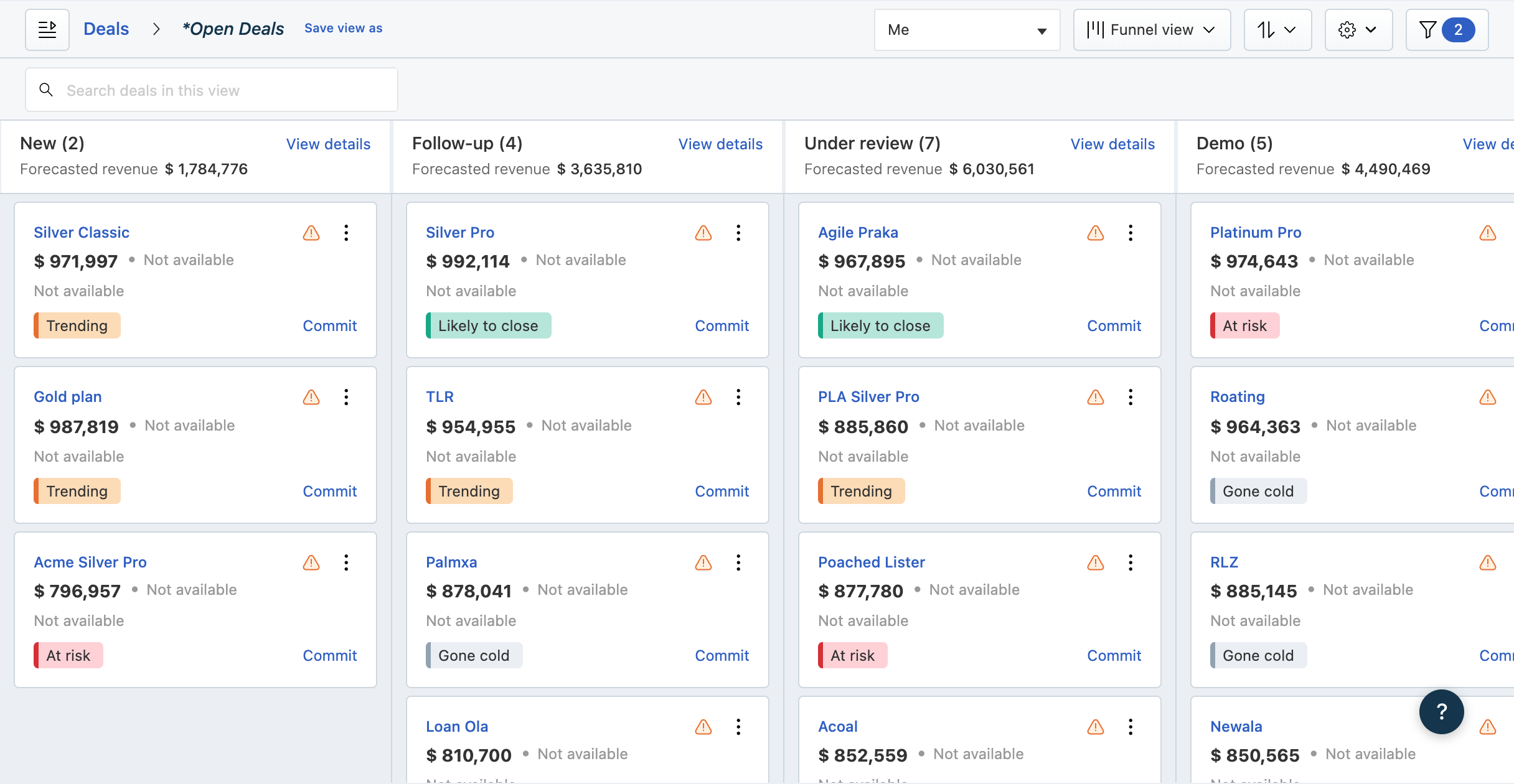 How can I get Freddy Deal Insights enabled on my account?

Freddy requires sufficient data to be present in the account to start providing accurate predictions. For accounts that match the below eligibility criteria, Freddy evaluates the quality of the data for

a) a good number of closed-won deals and

b) a good win ratio

The accounts which pass both criteria are automatically enabled with Deal insights. The tags will be based on both the account information and the general learning model available to Freddy.

Freddy assigns one of the following tags to each deal:

You can access Freddy deal insights card from the following places on the CRM: 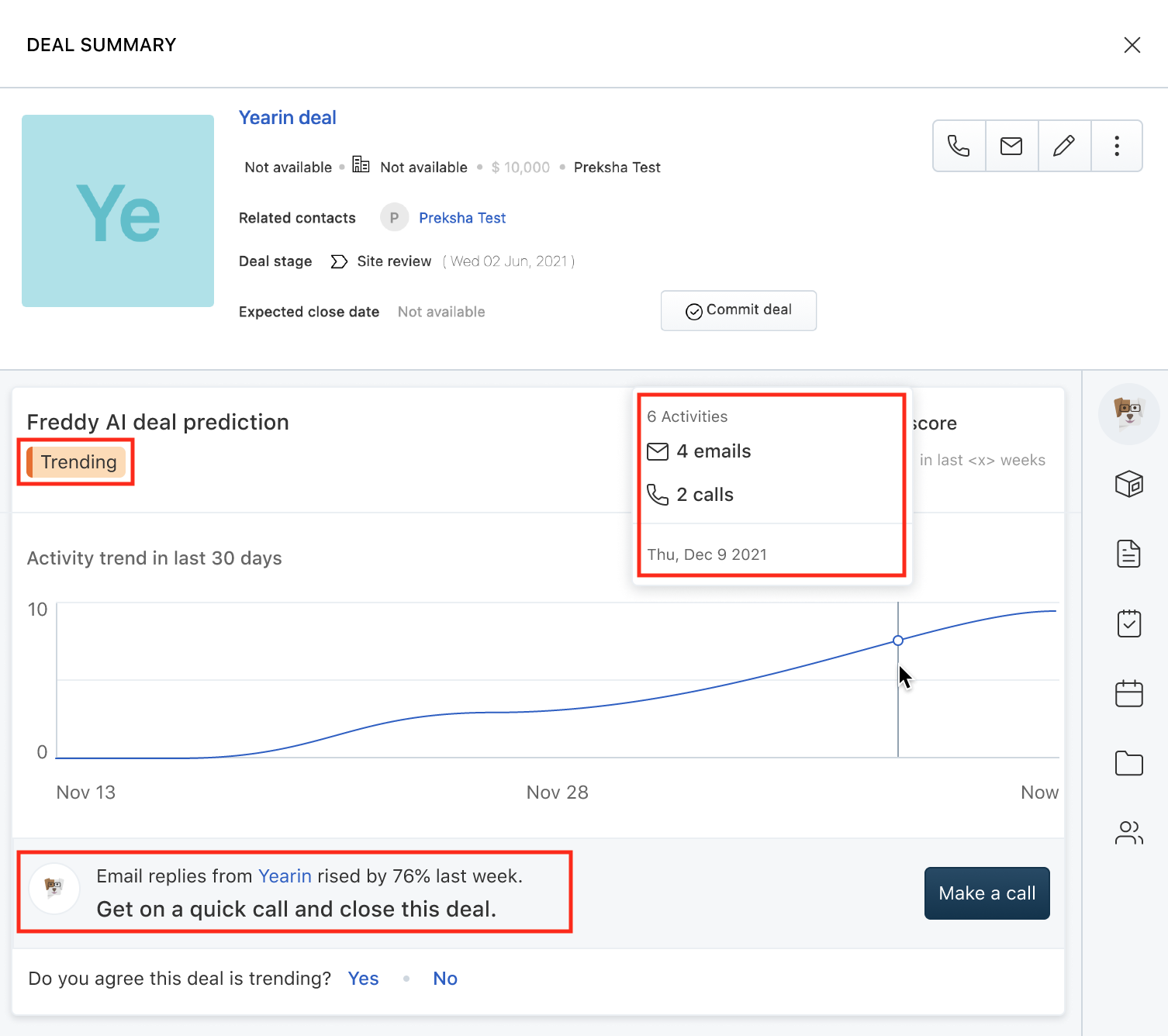 The deal insights card displays the tag assigned to your deal by Freddy to quickly show how your deal is performing.

The deal card displays the score for your deal and the upward or downward trend of a deal’s Freddy score. If a deal is performing desirably, the graph reflects the same with an upward pointing arrow and the percentage increase in the deal score. This graph is displayed only for deals that are ‘Likely to close’ or ‘Trending.’  When the deal is not performing well, the graph shows a downward arrow with the percentage decrease in the deal score. This is mostly observed when deals are ‘At risk.’

The deal card shows the top signal that contributed to the prediction. Based on past deal characteristics, Freddy suggests the next best action for a particular deal. This action–an email, a phone call, or meeting– helps the deal move forward and improves conversion probability.