How do I mark a pipeline as default for admin activities?

What is a default pipeline?

The most commonly used pipeline by most sales reps in the team should be set as the default pipeline. This pipeline is usually earmarked for Admin related activities such as

To mark a pipeline as default, 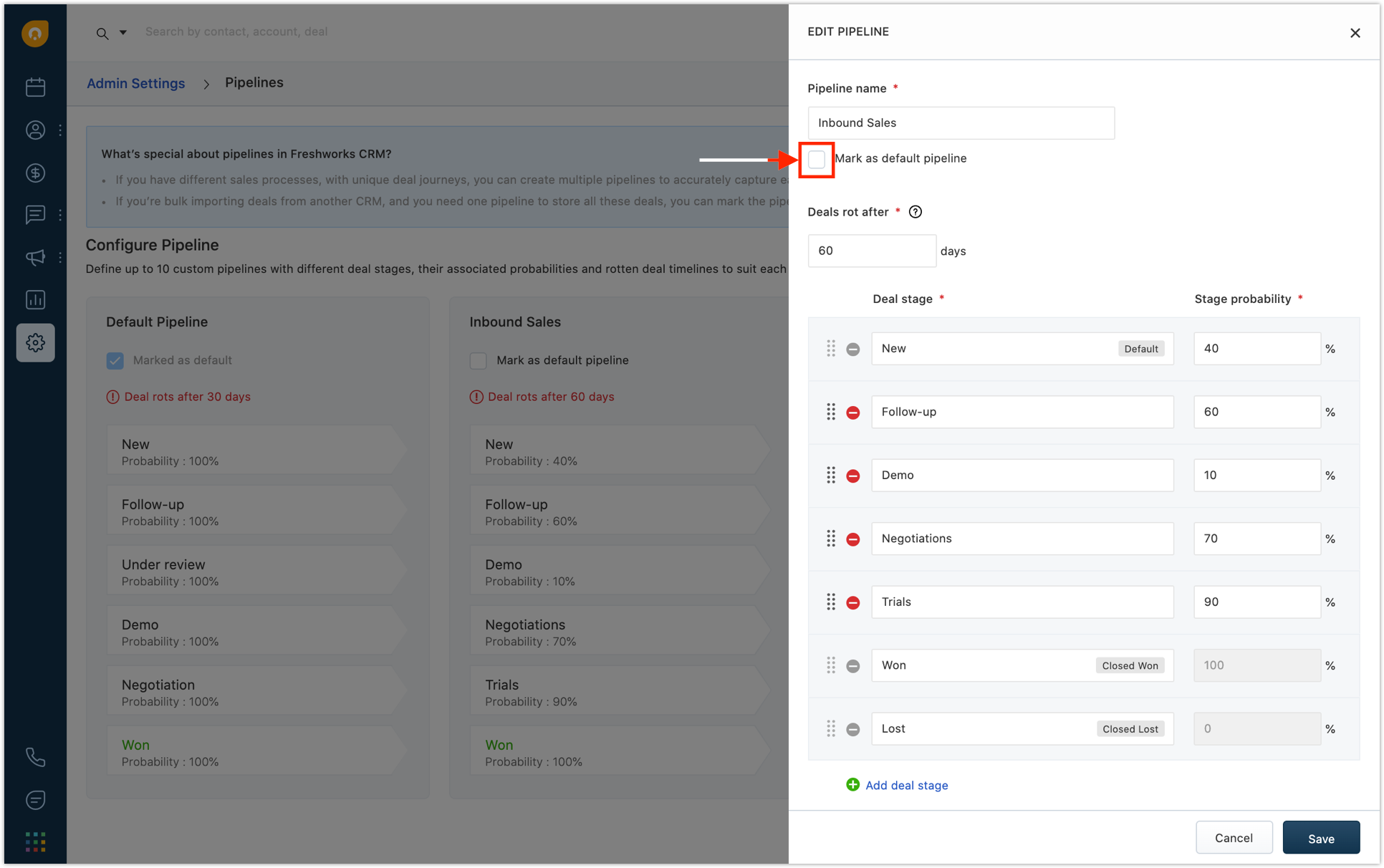 What are the different segments that get affected? - Impact

All admin ‘only’ accessible settings automatically consider this pipeline as default.

The areas to be noted are:

What happens if I’ve more than 10 pipelines in my previous CRM?

During migration, your first 10 pipelines get migrated as such. All the deals from the remaining pipelines get added to the New(first) stage of the Default pipeline.