How to set up and use weighted pipelines?

Set an estimated probability against every deal stage to forecast expected sales based on the probability of deals in the pipeline. 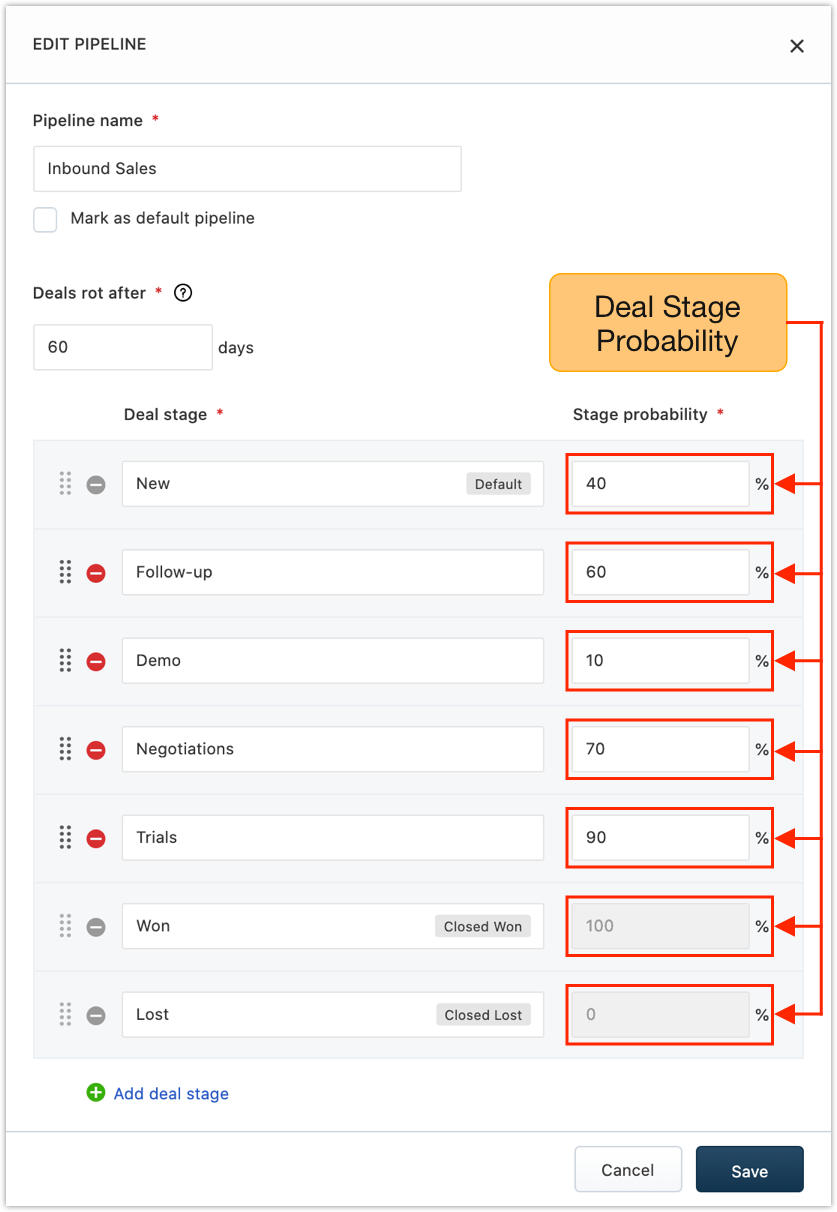 For example, let’s consider a deal stage ‘Negotiation’. At this stage of the deal cycle, the probability of winning the deal is about 70%. 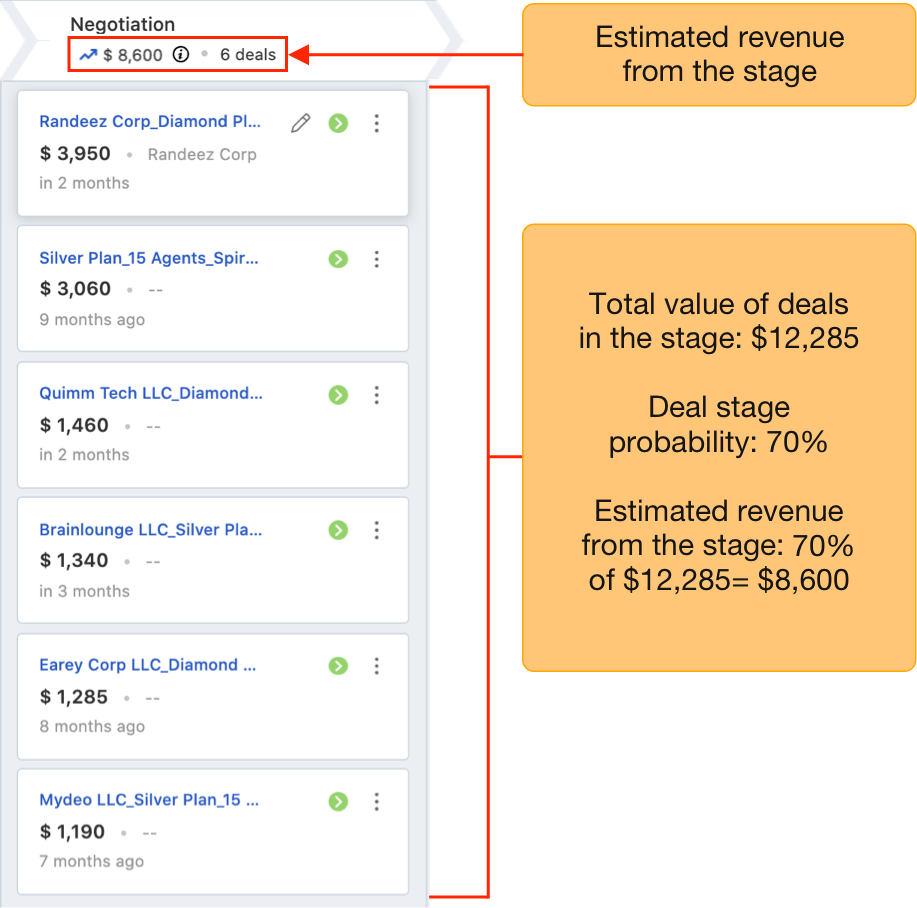