How to provide multilingual support through the messaging app in Freshworks CRM? 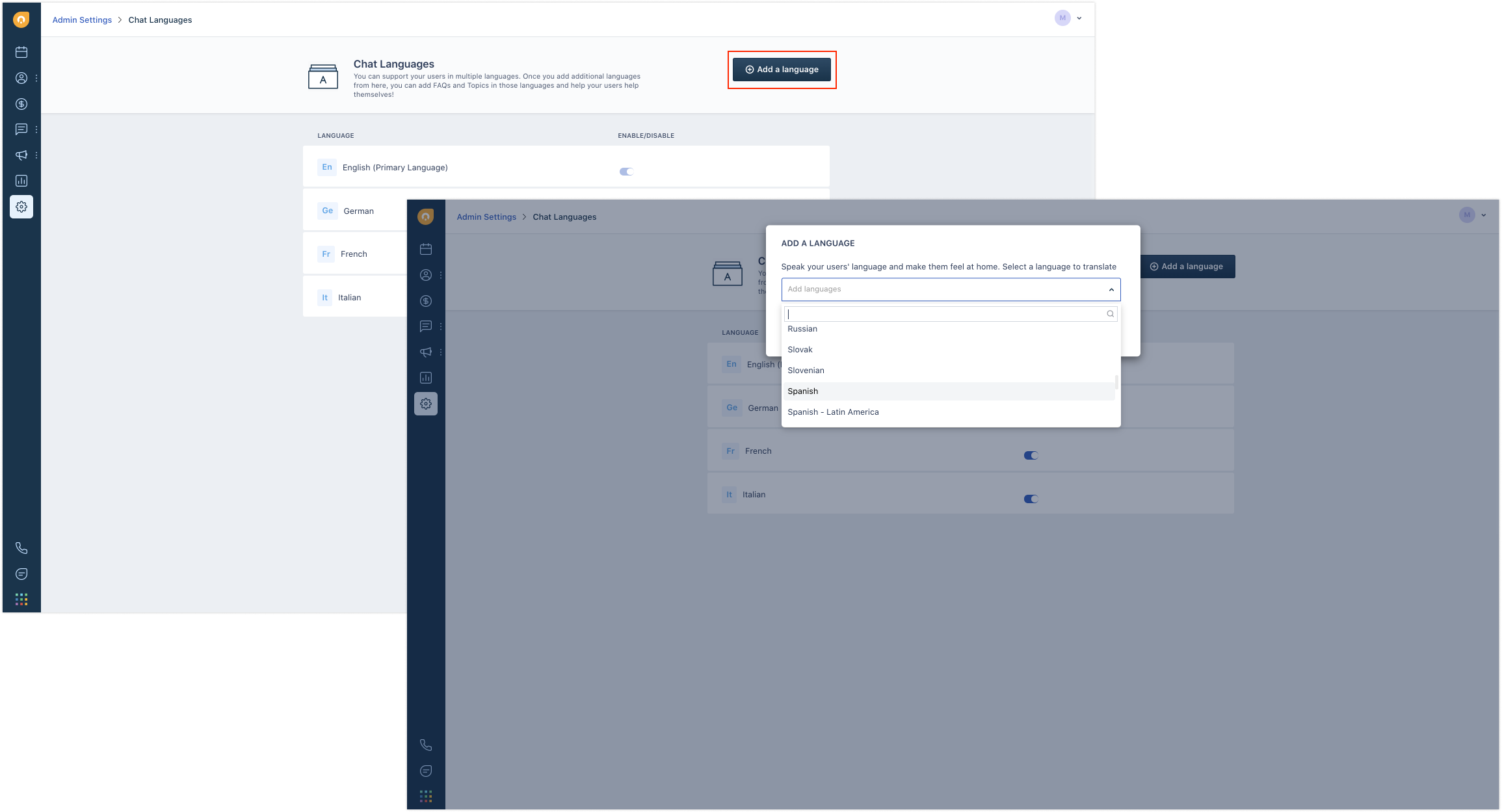 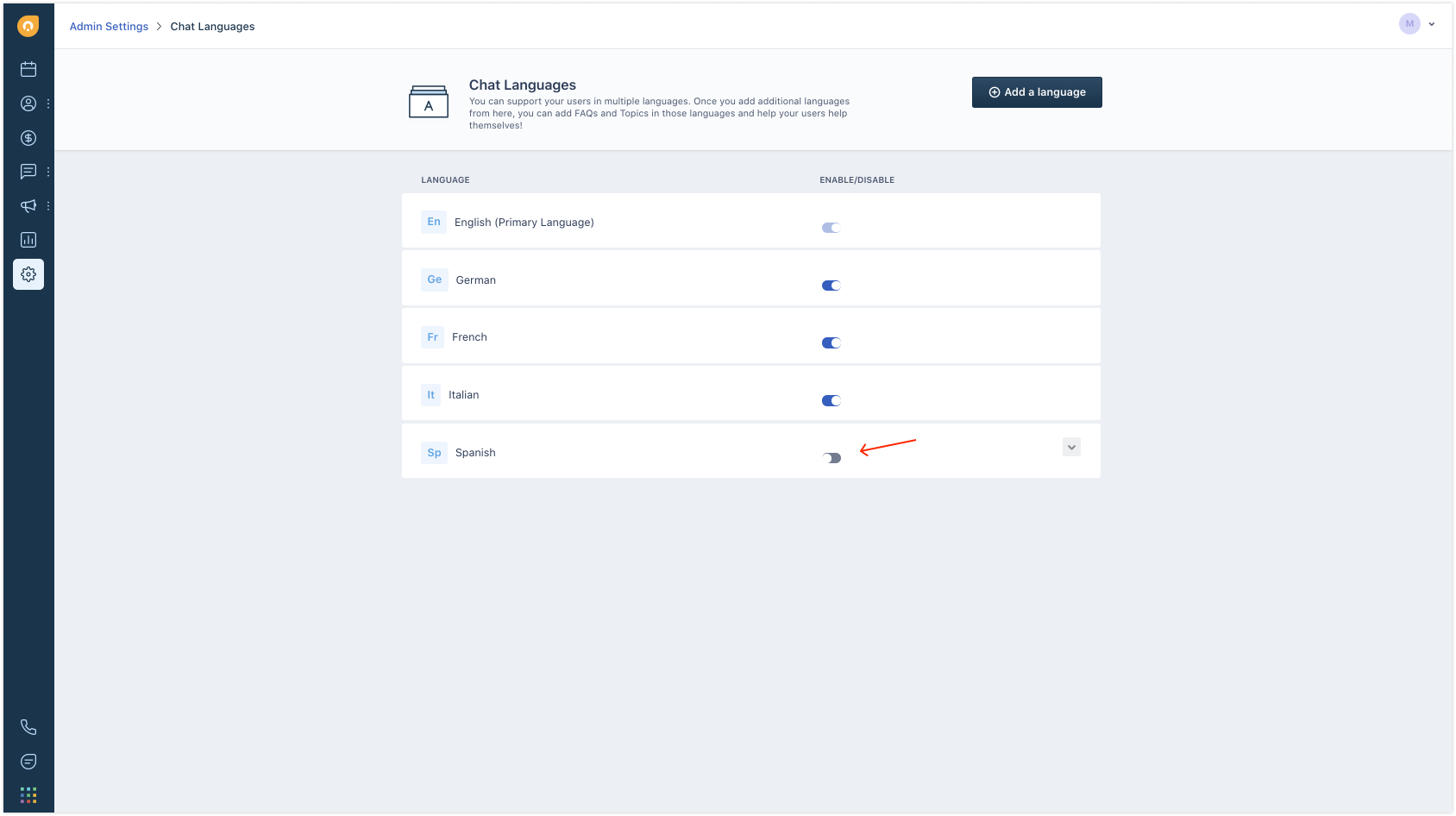 Now you can translate FAQs and Topics in the languages you added here.